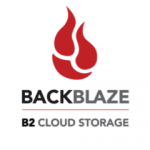 The Storage Made Easy Enterprise File Fabric™ platform now supports Backblaze B2 Cloud Storage as a first-class storage provider. It’s been one of our most requested storage providers. Many organizations are already using Backblaze for cloud backup and want other data and workflows to take advantage of low cost cloud storage.

This blog walks through setting up a Backblaze B2 provider, highlighting some of the nifty features as well as nuances and recommended settings.

END_OF_DOCUMENT_TOKEN_TO_BE_REPLACED

One of the key, powerful features of the Enterprise File Fabric is the ability for teams to simply and easy  share and collaborate on files for the projects they are working on together, whatever the underlying local or cloud storage.  This can easily be teams that are located in the same building, within the same continent or even across the planet from one another.  The best part is that while the File Fabric can power this collaboration within an organization, it can also bridge the gap and securely allow teams across companies work on the same documents.

In this post, we’ll take a look at Shared Team Folders, allowing intra-organizational teams to work on the same file sets.  Future posts will look at link and folder sharing, when you need to collaborate inter-organizationally.

END_OF_DOCUMENT_TOKEN_TO_BE_REPLACED

My name is Erik, I work as Director of Engineering, Storage Made Easy in the US. I want to share my favorite SME feature with you. Some day’s life gets hectic, and it is not just work I am talking about. As you can use all SME features in a personal account, this post will focus on enterprise deployments.

As an IT department, it is hard to respond to every demand. First the users, there is some combination of “access anywhere”, “BYOD”, “VPN free”, “faster”, “bigger”, etc. Then as a manager your requirements are something like this: END_OF_DOCUMENT_TOKEN_TO_BE_REPLACED

One of the predominant use cases that companies have is to enable file sync and mobile access to file share data that lives behind the corporate firewall without the need for a VPN and without reconfiguring permissions whilst using Active Directory or LDAP for authentication.

In many cases this is done for compliance or security reasons or perhaps because there has been a  large investment in internal storage that has yet to be realised, and of course during the recent Covid-19 pandemic there was a pressing need to enabled such access for remote workers. 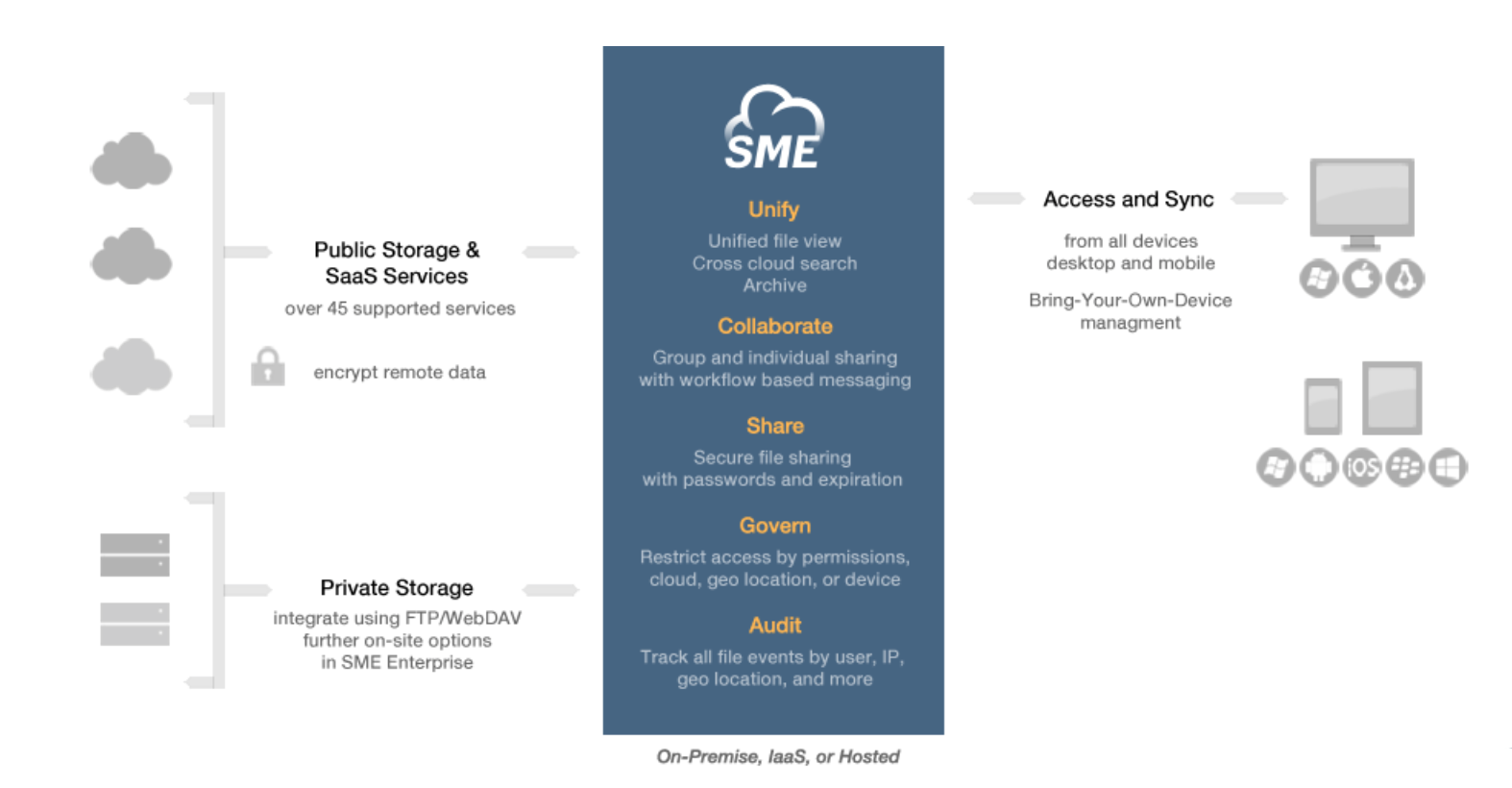 Accessing files over CIFS/SMB network over VPN using a mobile network is possible but access can be patchy, clients apps limited and it is often extremely slow.

The File Fabric enables this using its built in CIFS / SMB connector. This blog post will step through how to web enable SMB file shares.

END_OF_DOCUMENT_TOKEN_TO_BE_REPLACED

OpenStack Swift is more than an enabler to store large amounts of unstructured data. The massive scalability, geographic dispersion, and REST API Access are a way to achieve some compelling use cases, of which the most popular is undoubtedly file sharing.

In the past Enterprise File Share and Sync has been more traditionally associated with file-based storage platforms but as such storage platforms struggle to scale and don’t naturally lend themselves to be web accessible pairing Enterprise File Share and Sync with object storage solutions such as OpenStack Swift has become much more compelling for enterprises. Not only from an ease of use perspective but also from an ROI perspective.

This post looks at the “must have” features that should be demanded from an OpenStack Swift Enterprise Sync and Share vendor.

END_OF_DOCUMENT_TOKEN_TO_BE_REPLACED 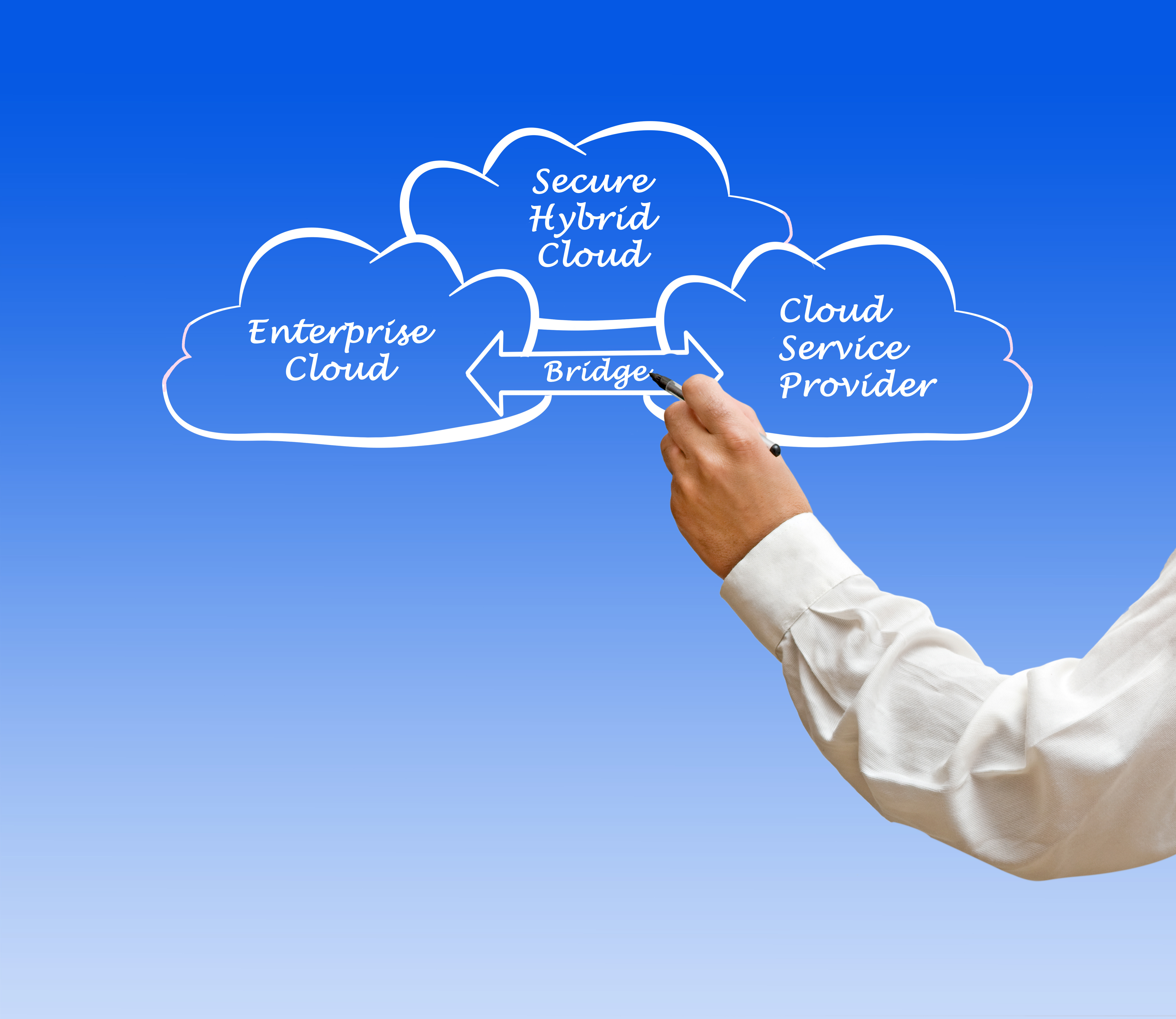 Hybrid Cloud has struck a chord with many companies that work with both on-premise and off-premise data. Given this we thought it would be useful for us to hilight the key points that we see when companies are managing data in a hybrid cloud environment:

END_OF_DOCUMENT_TOKEN_TO_BE_REPLACED

You may be aware that overnight a vulnerability was discovered that affects all Unix / Linux based operating systems that use the bash shell.

The details of this can be found at: https://access.redhat.com/articles/1200223

A vulnerability is just that. It can makes the system vulnerable to an exploit in certain scenarios but it does not mean that any Linux based system that uses bash has been or may have been exploited.

From details of the exploit we see that the way in which the SME appliance could have been affect is as follows:

Specifics of how it can affect:

As the SME system uses user mod_cgi only with perl and does not spawn a shell it is not affected by this bug.

Secure Shell (SSH) is also affected if users can access the system over SSH and launch a bash shell. This is unlikely as if SSH access is unauthorised it is likely the system is compromised in any case.

We have already patched our own sites and IaaS instances when the bug was discovered and notified customers. If you are running a trial or any other version of the SME Appliance you can update the bash shell to remove the vulnerability using the below instructions:

What you should do to patch your Appliance

This will update the bash shell and remove the vulnerability.

If you have any questions or need any further help do not hesitate to contact support.

With regards to this entry, posted yesterday, as Redhat has in the early AM released a further new patch with regards to ShellShock you should again update your SME Appliance with this patch.

Log in as smeconfiguser
#after login su as root (if you do not have the superuser password please contact support@storagemadeeasy.com)
yum clean all
yum update bash

This will update the bash shell with the new patch.

From our side we have checked the SME Appliance and even though we do not believe we are affected by Shellshock, it is good security practice to have the latest patch given what was discovered and we strongly recommend to apply the further patch.