My name is Erik, I work as Director of Engineering, Storage Made Easy in the US. I want to share my favorite SME feature with you. Some day’s life gets hectic, and it is not just work I am talking about. As you can use all SME features in a personal account, this post will focus on enterprise deployments.

As an IT department, it is hard to respond to every demand. First the users, there is some combination of “access anywhere”, “BYOD”, “VPN free”, “faster”, “bigger”, etc. Then as a manager your requirements are something like this: END_OF_DOCUMENT_TOKEN_TO_BE_REPLACED

We are currently working on a dedicated standalone iOS App for OpenStack Swift and we have reached the point where beta testers are required for the first build.

END_OF_DOCUMENT_TOKEN_TO_BE_REPLACED

The latest iOS SME client app version 3.13 released on the 25th March has been updated with very useful new features, following is a list of some of the main ones:

For example, you can now import a file from a mapped SME Cloud into dropbox as follows:

END_OF_DOCUMENT_TOKEN_TO_BE_REPLACED

This blog post title may seem a little strange given that Storage Made Easy promotes the use of secure cloud file share and sync but we understand that there are times when you simply want to bulk move files directly from a laptop or PC to be able to access them on the move.

A little know feature of the free SME iOS and Android Apps is that they have the ability to turn themselves into an FTP Server which can be wirelessly connected to from an FTP client on the same network. 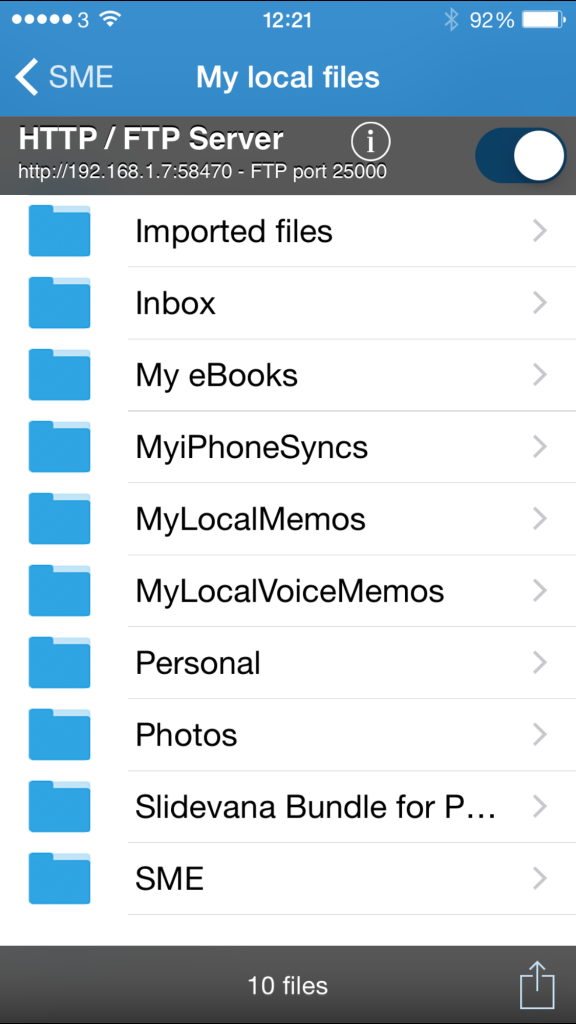 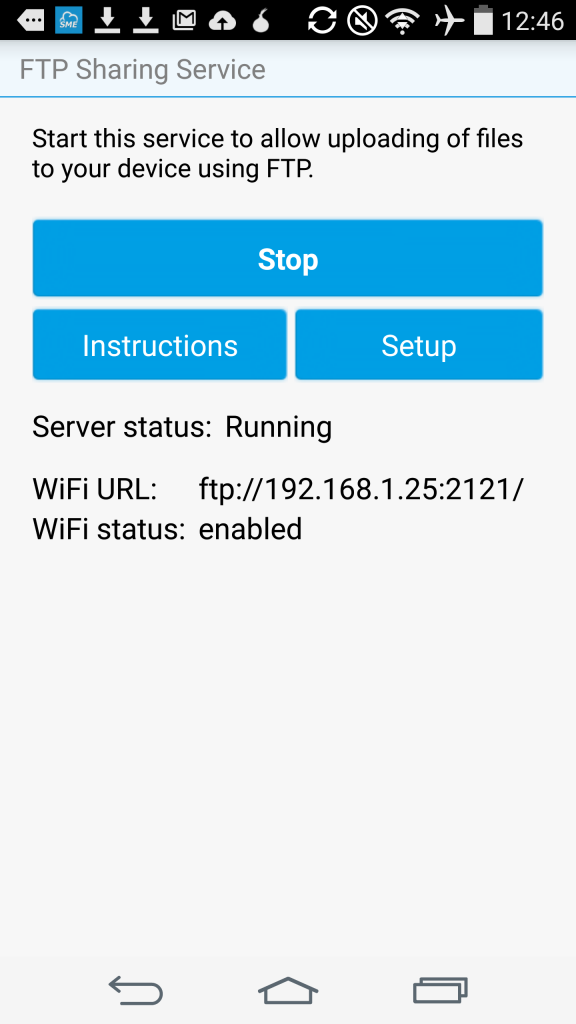 This allows files to be easily uploaded to the App in Bulk on each device.

From a security viewpoint you will still want to secure the files in the event you lost the device or the device is stolen.

On iOS the SME App can be protected by a pin, and the forthcoming release supplemented by fingerprint Touch ID for devices that support it. Also If you turn on the device password for the iOS device then the SME App takes advantage of the encryption features build into iOS and all files are encrypted when the device is ‘locked’ or “at rest”.

On Android the SME App can also be protected by a pin but for additional security users should consider encrypting their device storage. You can read an article now how to do that here.

There are popular frameworks for automating iOS testing like Calabash and Frank but they can only automate your own app which is very limiting. For example you can’t automate pressing the ‘Home’ button, switching to another app, going into airplane mode, rebooting the device, touching anywhere on the screen outside your own app etc

As a concrete example, the new version of the SME iOS client app that we are currently working on implements the Document Provider extension which allows other apps to open an SME document. To automate Picking an SME Document, you’d have to automate the host app which normally you have no control over.

The existing automation testing frameworks don’t provide the required control so a better solution is needed.

Gaining control of your devices

One way of gaining enough control of your testing devices is by jailbreaking them. With a jailbroken device you can SSH into it and run system commands.

To be able to SSH into the device, first install OpenSSH from inside Cydia.

You also need to find the IP address of the jailbroken device by going to Settings/Wi-Fi and touching the name of the wi-fi connection being used.

Then SSH into the device from your computer’s terminal app, for example if the device’s IP address is 192.168.1.23, the following command allows you to SSH into it:

Before you can simulate actions on the device you need to install Activator ( created by Ryan Petrich ) and SimulateTouch ( created by iolate ). To find them just do a search inside Cydia.

Activator allows you to run automation commands like for example:

– Run the SME app or bring it to the foreground if already running:

To list the commands you can run with activator use the following command:

SimulateTouch allows you to run the following command to simulate a touch on the screen position with x=100 and y=200:

With Activator and SimulateTouch you can automate just about everything but you also need to download the screenshots taken by your device which will be processed on your computer to determine if a test has succeeded.

To take a screenshot use the following command:

The device will save the screenshot image to:

You can look at the contents of that folder with the command:

You should see images with names like “IMG_0260.PNG”, the index will increment for each screenshot taken.

To retrieve the image to your computer you can use SCP as follows:

You should then have the screenshot available locally.

Now we’re equipped with the tools we need for the implementation of an automated testing framework.

To where your appetites for the next part of this article please find below a short video of the automated visual testing framework that has been created to easily test iOS Apps. 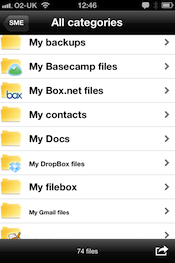 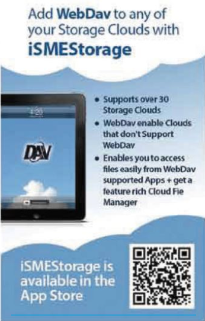 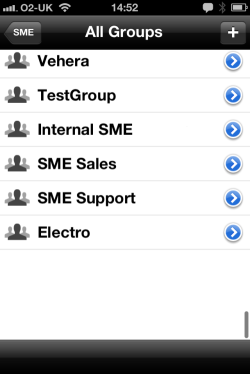 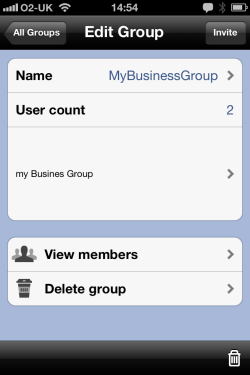 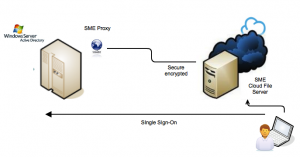 The latest version of iAnnotate PDF, the iPad App that enables editing of PDF Documents, adds support for WebDav which means that you can use the SME ClouDav Protocol Adaptor, free with the iOS SME iOS App, to connect iAnnotate to many Clouds that it does not natively support. SMES supports integration with more Storage and SaaS Clouds than any other service. 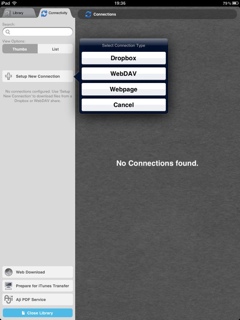 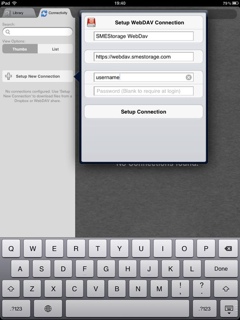 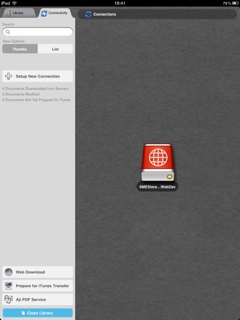 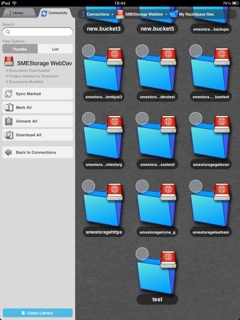 CloudDav is enabled with all Business Cloud File Server Accounts and also available in the on-premise enterprise version of the Storage Made Easy EFSS solution.