More and more companies are turning to Object Storage to handle the growing amounts of structured and unstructured data that is corporately generated and consumed.

As companies move to this new storage paradigm IT is struggling  to not only manage, index, and secure the newly migrated / stored data, but also having difficulty with figuring out how they can expose access to users.

Storage Made Easy’s self-hosted Enterprise File Share and Sync Fabric can help with this. It supports more traditional behind the firewall storage such as CIFS, SAN / NAS, but also supports many of the new Object Storage incumbents such as OpenStack, CleverSafe, Cloudian, Caringo, Amplidata, Ceph , S3, Azure and also any such object storage cloud that is S3 or OpenStack compatible.

The purpose of this post is to show how Storage Made Easy’s mobile Apps integrate well with corporate productivity tools  and provide a key way to integrate with Object Storage be it on-premise or on-cloud.

On iOS many companies are using the Microsoft Office suite to create and edit word documents on the move, something even more prevalently used now the iPad Pro has been released.

But how to enable users to use such office productivity tools with the newly acquired Object Storage ?

In SME’s case this is very straightforward. Once the SME iOS App has been installed then access to the data that is stored within the Object Storage (or any Storage account that has been enabled in the SME Appliance) is available in the MS Office Apps via the use of the iOS Locations feature , allowing users to use the cloud storage service of choice as a first-class citizen in any app. Apps don’t have to be updated to support each individual service — they just have to support the standard iOS 8 extension system.

In iOS MS Office this means users can easily access, edit and save data on their move to OpenStack and other behind the firewall storage. 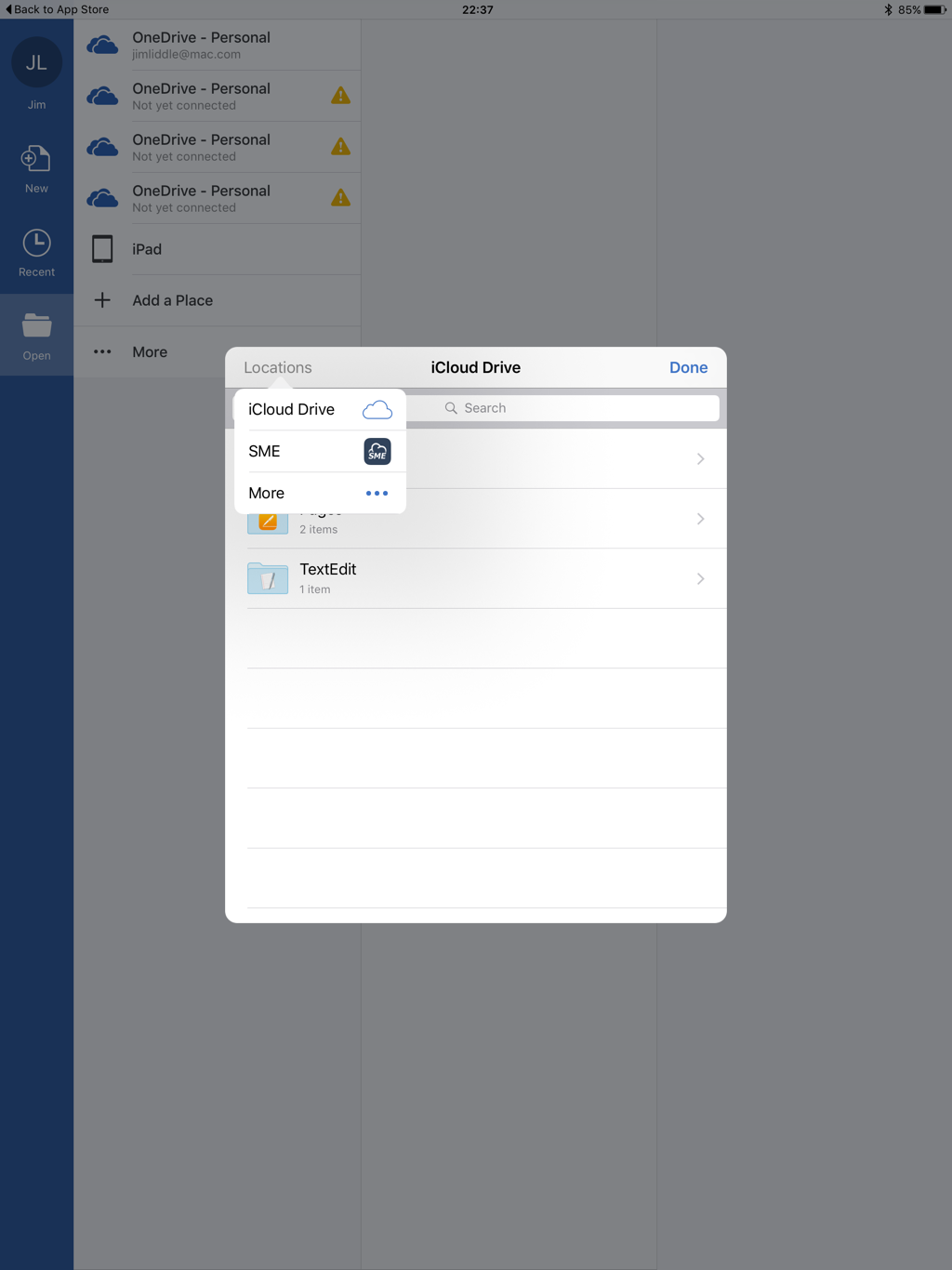 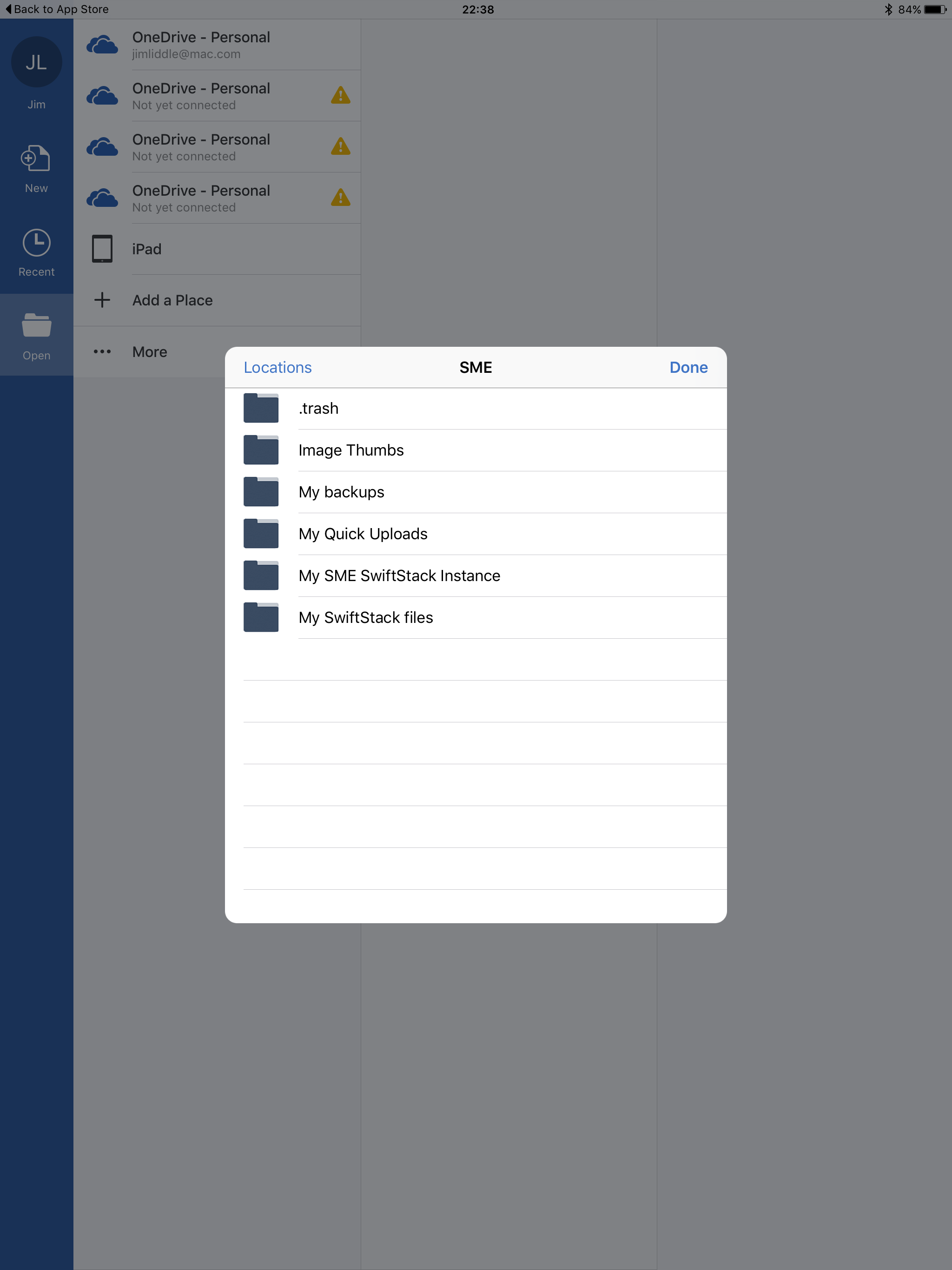 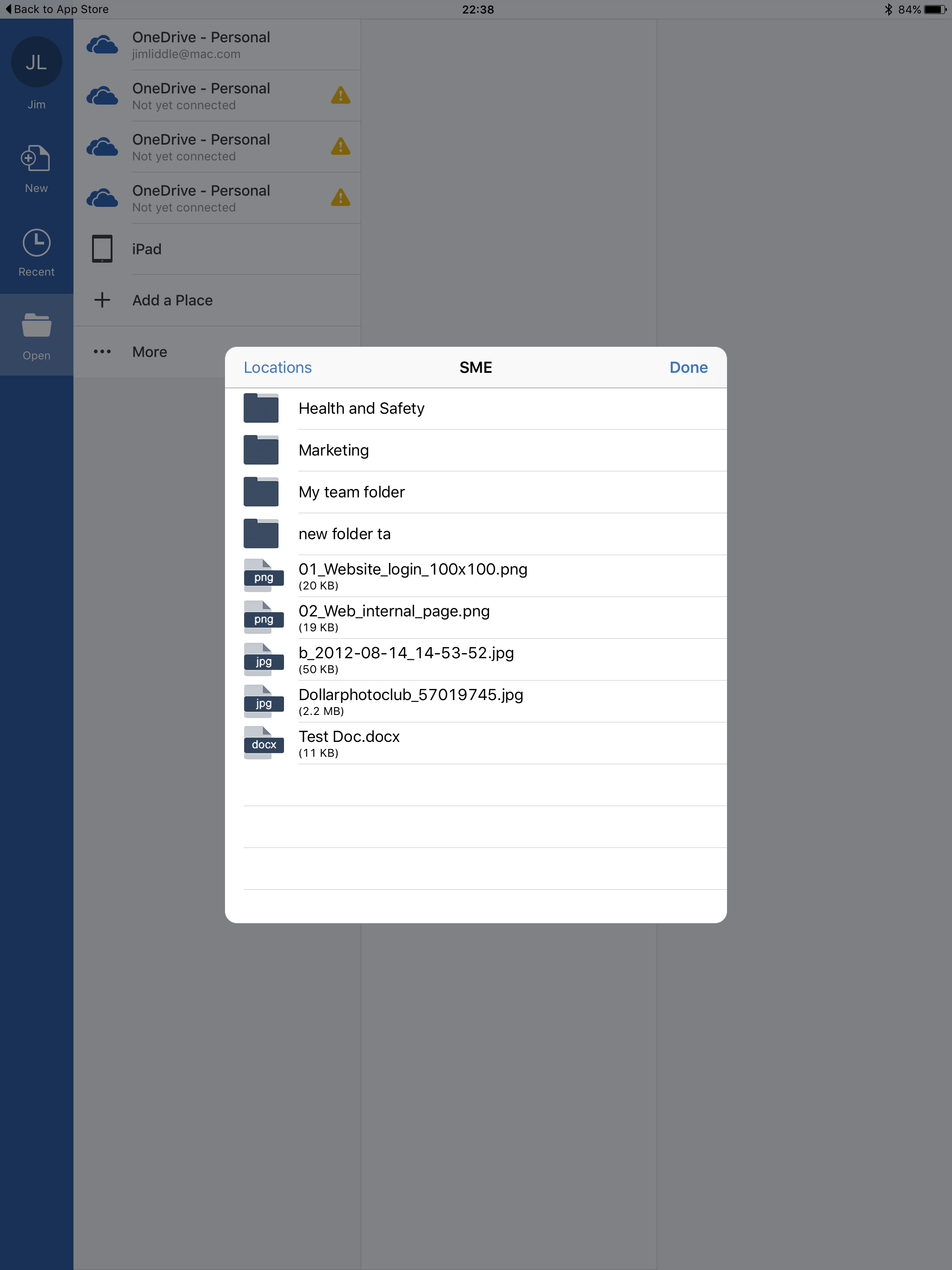 The same principle also applies to adding attachments to email in iOS: 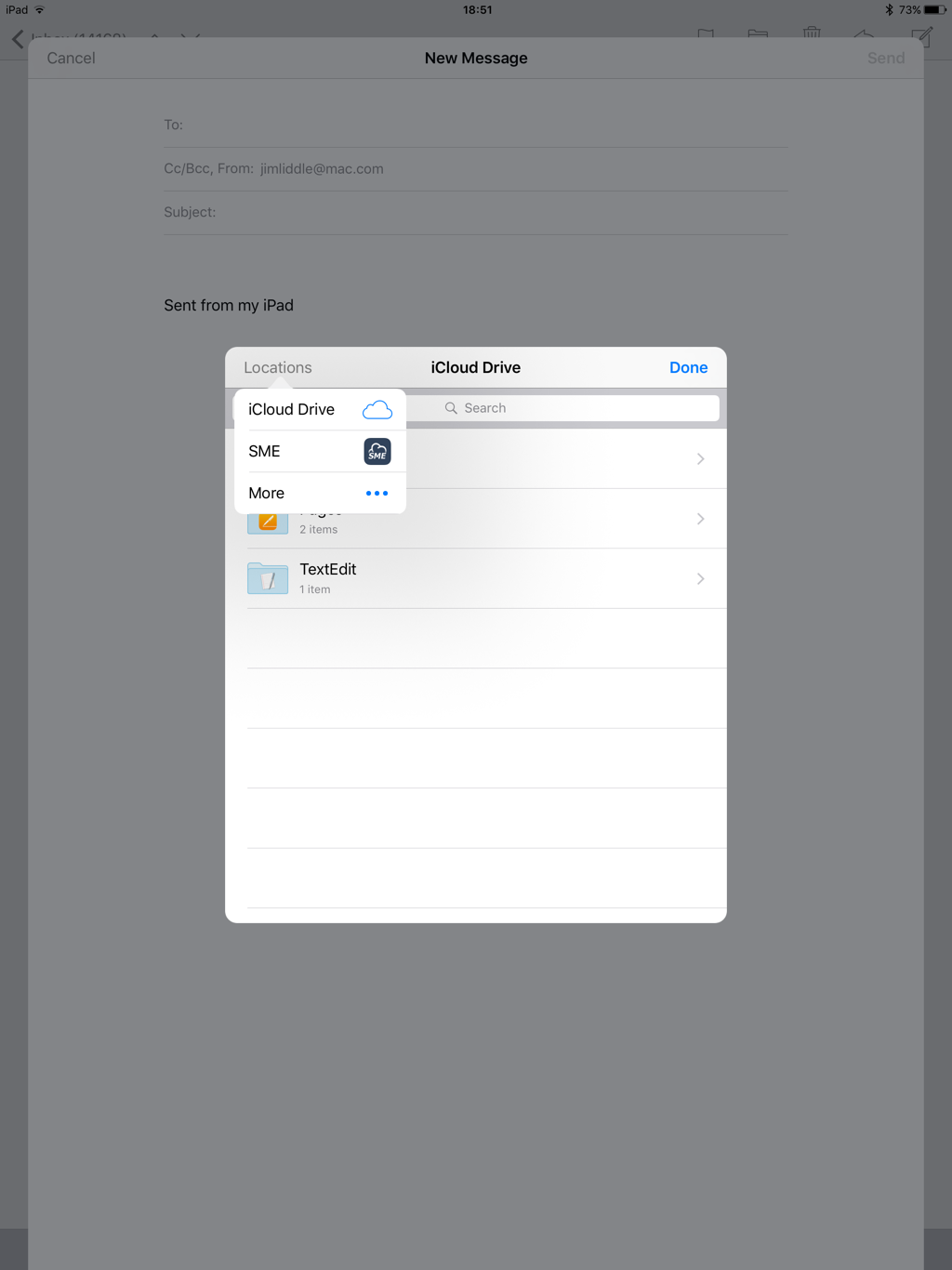 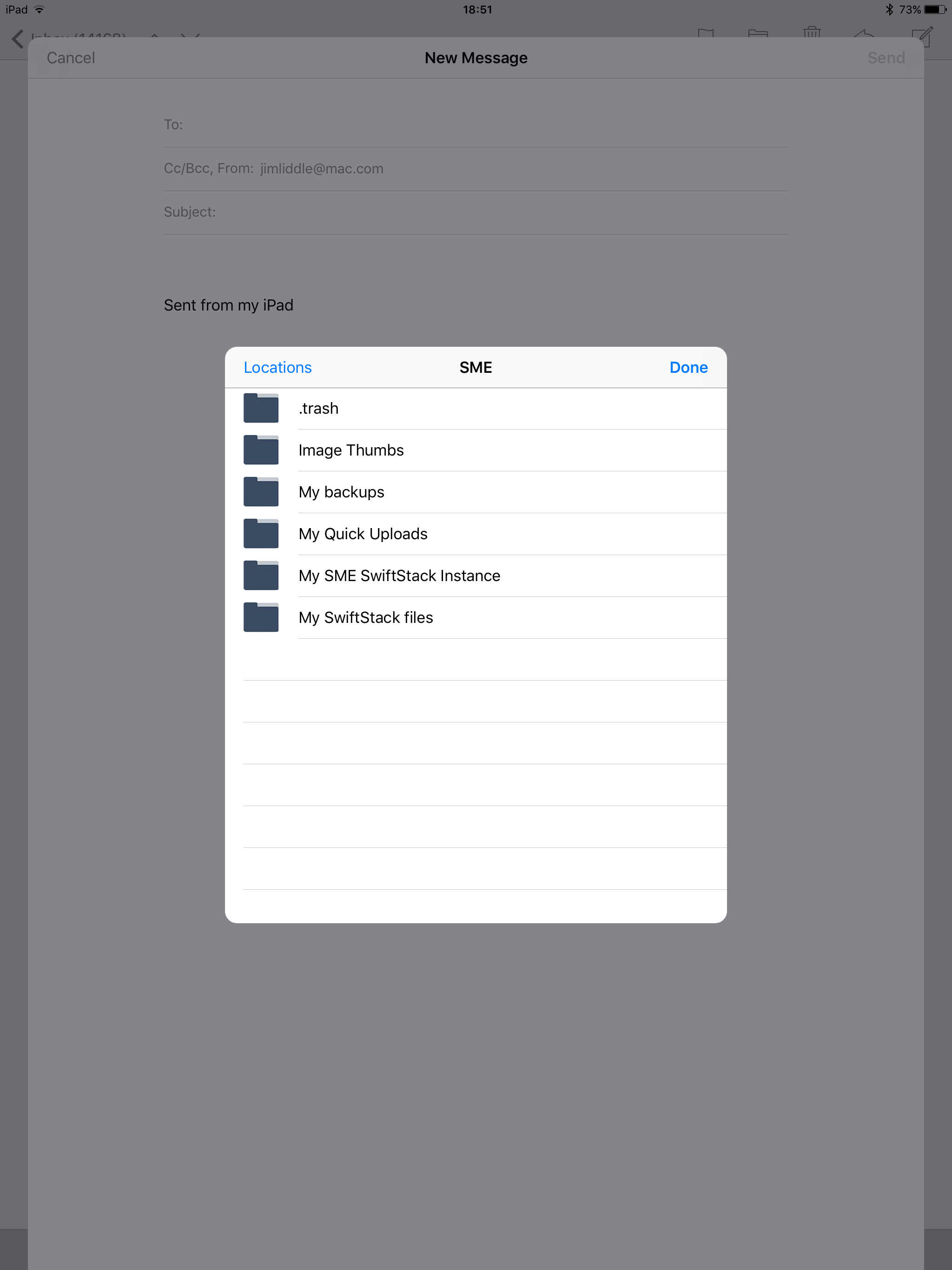 On the Android OS it works pretty much the same way in which the SME location (in Android terminology a ‘place’) is available as a point from which to interact with documents stored on OpenStack or other Object Storage or File Storage behind the corporate firewall: 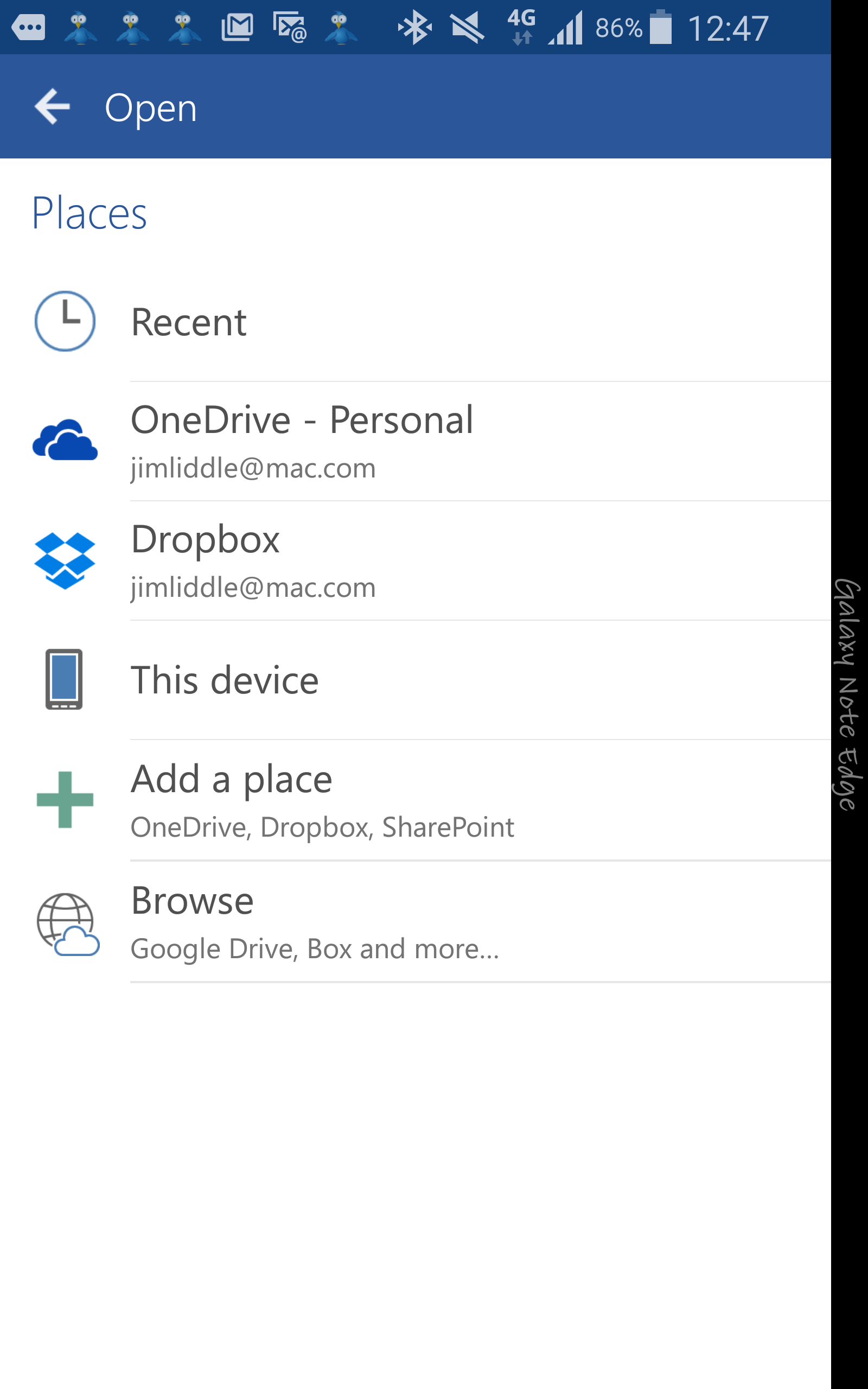 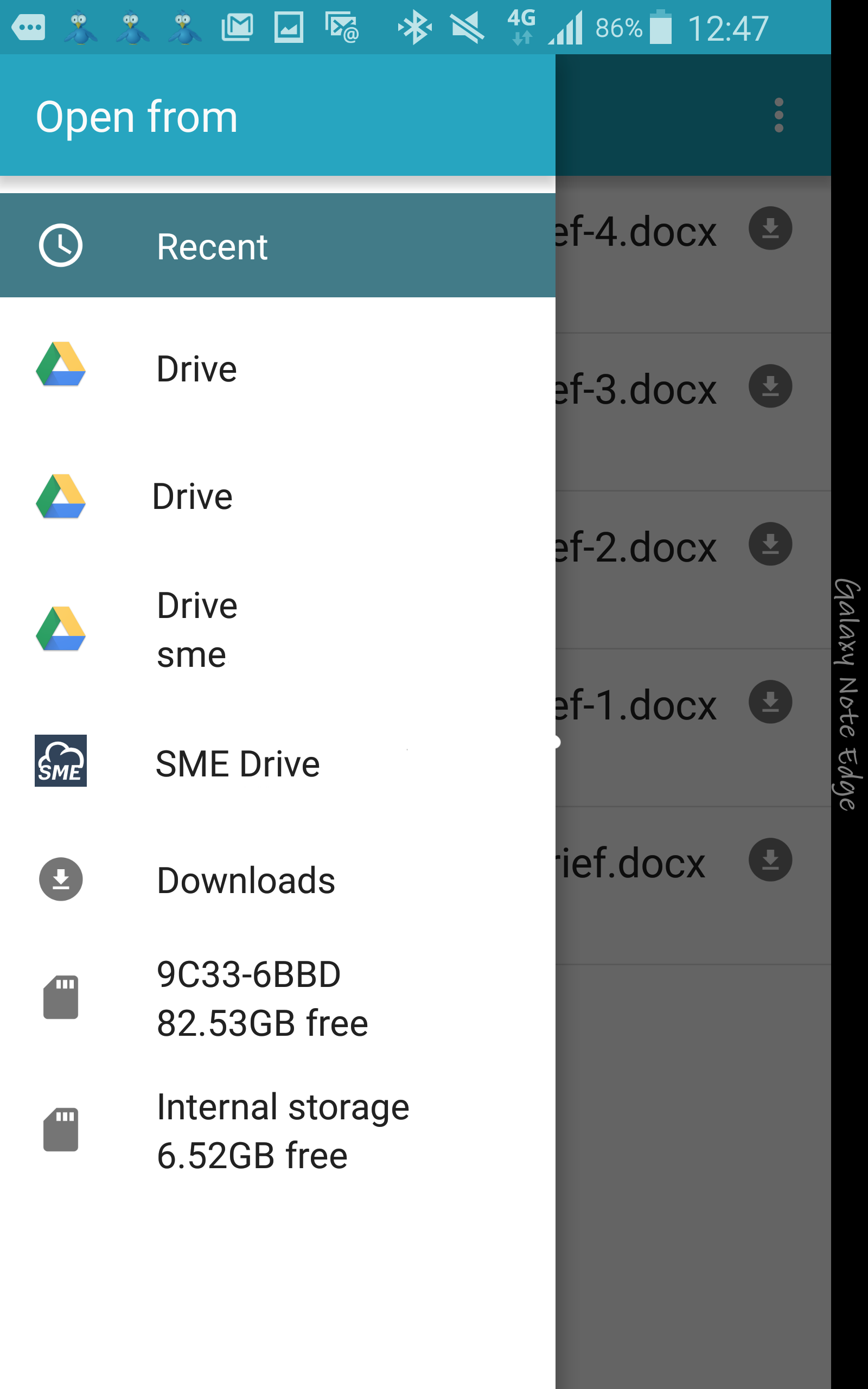 Also we should point out that as the SME Enterprise Fabric encompasses a protocol gateway it is able to expose access to the various object storage clouds over protocols that they may not support, such as FTP, WebDav, SFTP etc.

This means that for editors that support WebDav, such as Apple iWork you can access files on the storage natively even without using the ‘locations’ or ‘places’ mobile OS feature.

This post has demonstrated how interacting with OpenStack and other Object Storage or Cloud stored files can be achieved seamlessly when using the Storage Made Easy self-hosted Enterprise File Share and Sync Fabric.