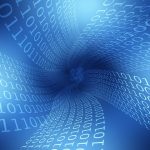 A blue-chip services organization receives, processes and shares almost 1/2 TB of new video each day. That’s hundreds of thousands of files from thousands of remote cameras. Their issue was that as the volume increased the existing file-based storage platform could not keep up. It would take up to a minute for videos and images to be retrieved, severely impacting worker productivity. The storage also become more expensive to maintain, in part because it was difficult to scale.

The company moved to object storage to reduce costs whilst also increasing performance and scalability. Unfortunately, the custom applications that ingested, processed and distributed video and images were written for the file-based storage. This left a gap in the ability to fulfill the storage use case and to proceed effectively with the migration.

The solution was the InfiniDrive cloud drive from Storage Made Easy which allowed the existing applications to access object storage just as if it was a ‘normal’ file system. The InfiniDrive was installed on existing servers – no additional hardware was required, and access times went from up to a minute to sub-second.

The InfiniDrive cloud drive enabled the objects to be accessed as files from any of the organization’s existing applications and tools – to the applications they appeared as a local filesystem.

Infinite Storage – The organization was able to mount their entire object storage platform as a single namespace, a single filesystem, that includes their entire archive with tens of millions of files. This was critical for compatibility with existing applications that needed concurrent access to current and historical images. The InfiniDrive cached folder metadata as needed to provide snappy performance browsing and accessing folders deep and wide folder hierarchies of millions of objects. Some individual folders contained over 200,000 objects.

No Migration Needed – Applications can access the same data via either object or file APIs. There was no need for the company to migrate applications (from using files to using objects) to take advantage of the benefits of object storage. The file protocol also maintained Windows case insensitivity – the drive seamlessly stored objects using their original case.

Snappy Performance – The business runs many different applications with the Drive where performance is essential. Incoming videos in batches of thousands are uploaded quickly in parallel streams, and web applications provide immediate feedback to dozens of users editing videos and images. Files are downloaded quickly or served from a local cache.

Easy Management – Since the drive presents objects in a hierarchical filesystem, they can be manipulated using any Windows application or tool. The company runs, for example, Robocopy, Windows File Explorer, Windows batch scripts and custom .Net applications that can access to their object storage platform without modification.

No expensive gateway solution needed  – Initially hardware and software gateway solutions where evaluated whose initial cost were high and who charged per GB for data that was ingested and tiered.

The InfiniDrive is a software only drive priced at $4500 per server in which no charge is made for ingestion and tiering of data.