One of the more frequent requests we have had for the Storage Made Easy Office 365 Connector was to enable users how used their own identity management with Office 365.

This affects users who purchase Office 365 through a reseller / Distributor such as GoDaddy or for companies who are using their own Identity Management with Office 365 for Single Sign On (SSO).

To add a federated identity 365 account to SME simply login to an existing account, and navigate to the DashBoard and choose to the Office 365/ One Drive Pro connector. 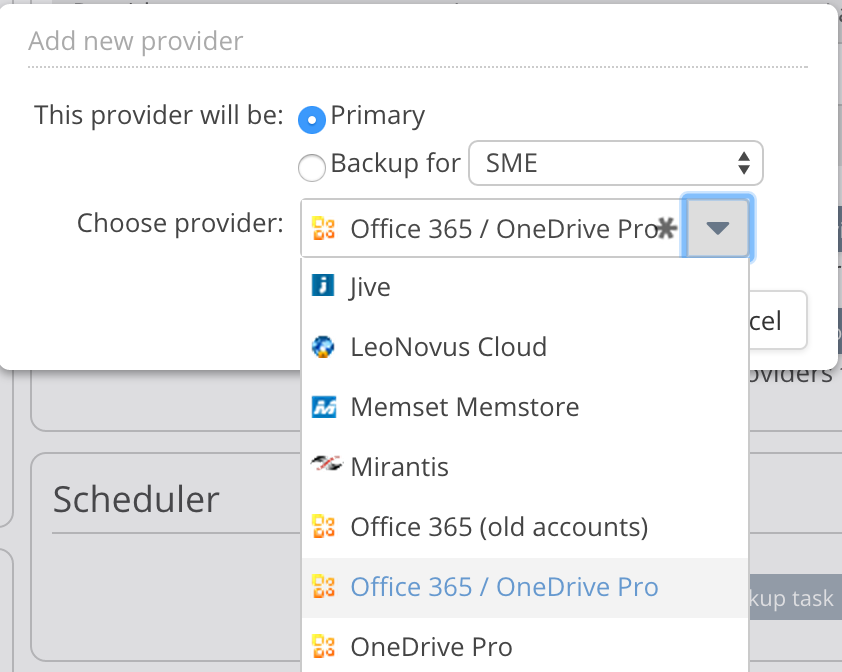 (Note that in the list there is an Office 365 (old accounts) connector. This is for Accounts that work directly with Microsoft Oauth identity management and which work with older Office365 accounts that support SharePoint 2010)

Once the Office365 connector has been selected the wizard is invoked 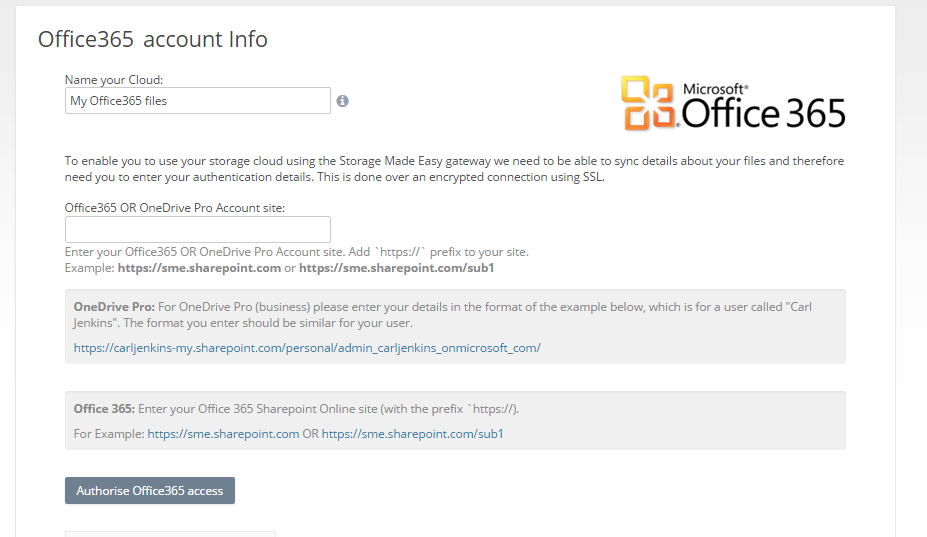 The first step of the wizard is to enter the  correct sharepoint site for your office365 account. This is used as part of the request needed for Microsoft to correctly route the identity management request.

Once you have entered this and clicked the button to authorise Office365 access you will be asked to login to validate credentials. This login will either use:

Once these have been entered then the user is given final confirmation to authorise access: 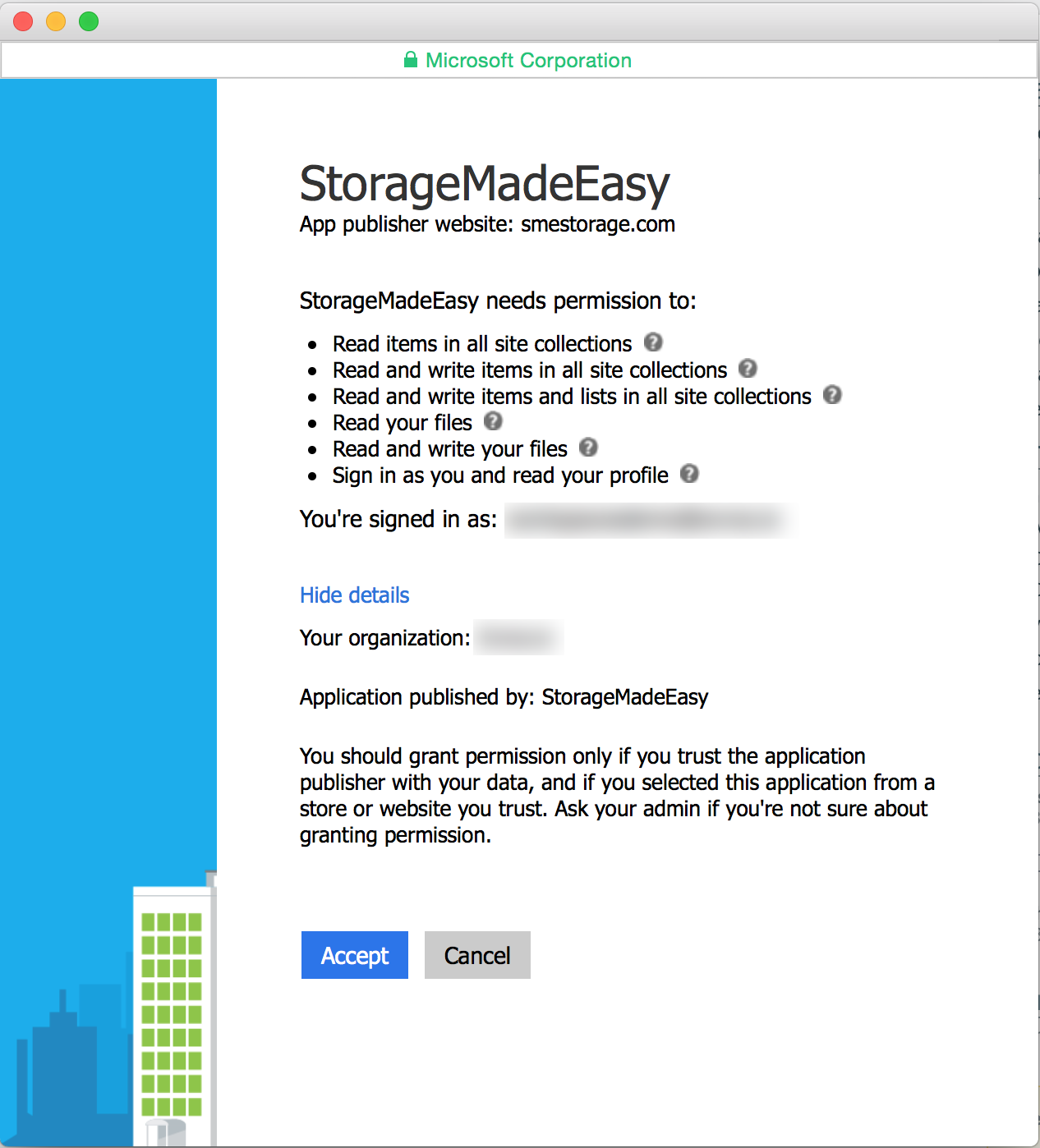 Once accepted SME will start to index the meta data and provision access to the Office365 instance.

Once done the files will be accessible from all the SME Apps, Web, desktop drive and Sync, and mobiles. 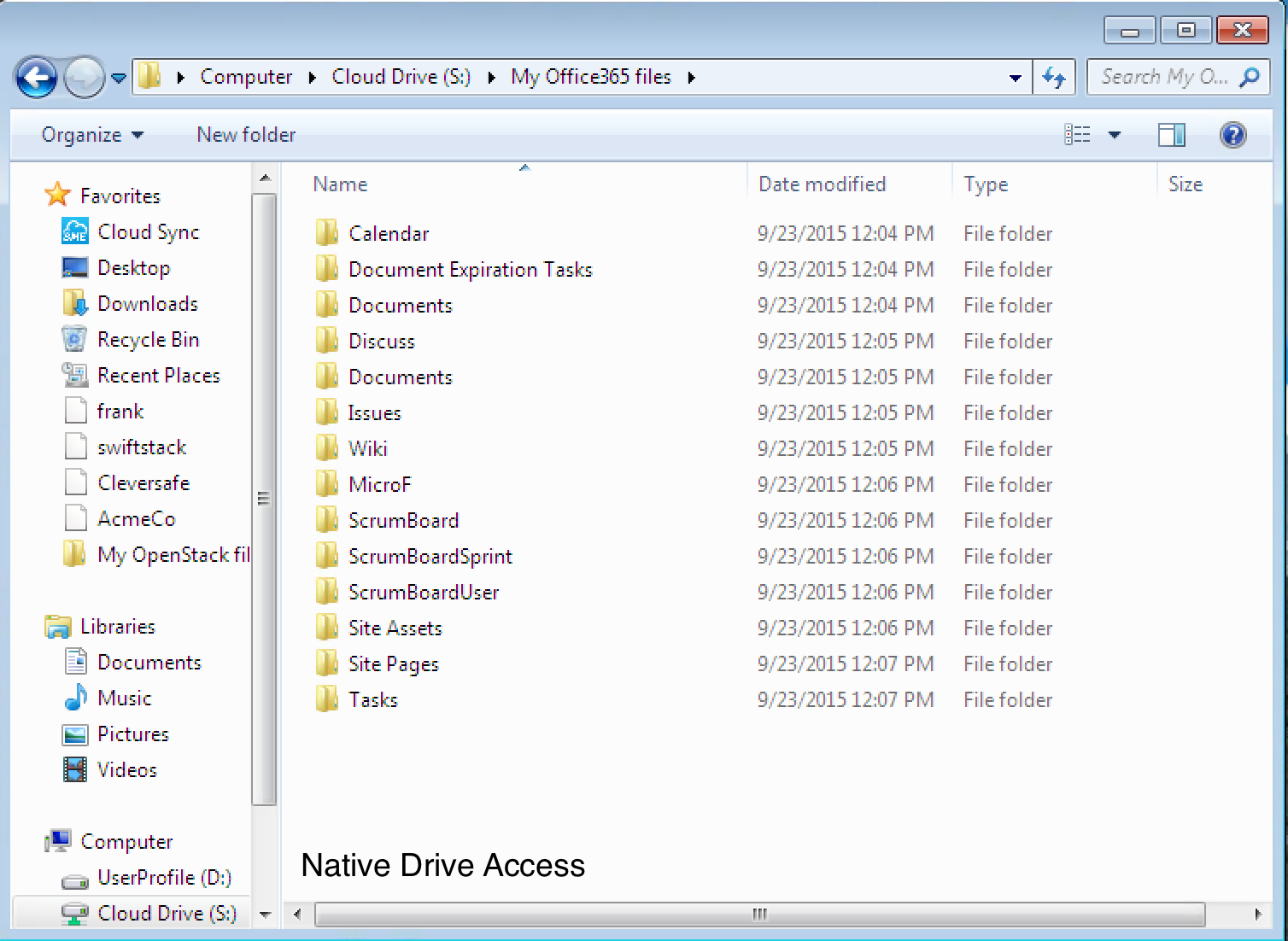 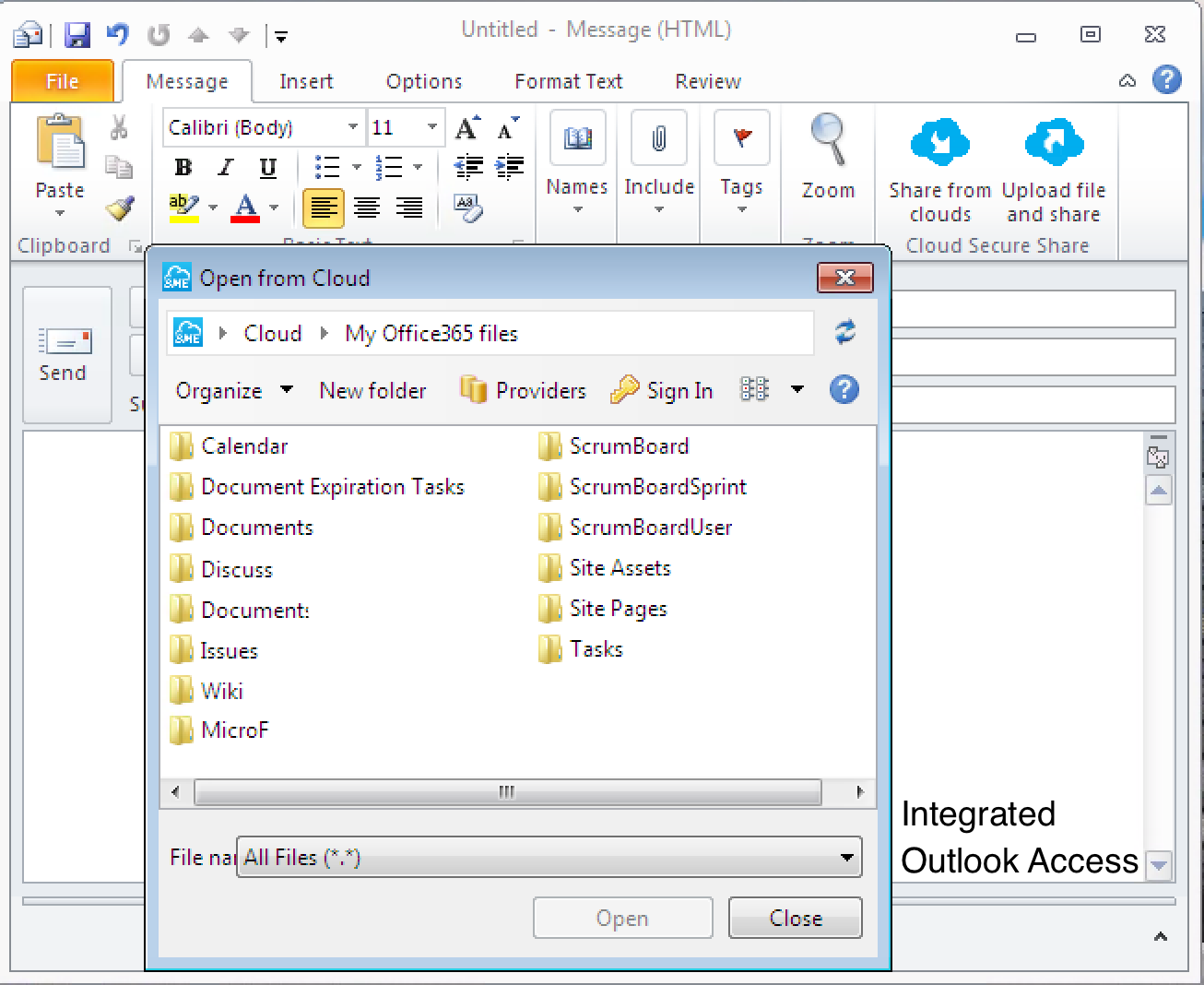 Policies can be set centrally on Office365 use including how files can be shared and security policies against them in addition to full compliance auditing visibility and logging.

Note: The Office 365 / One Drive Pro connector can only be added from the SME Web Dashboard. I cannot be added from the Windows App or the mobile Apps due to the complexity in supporting the federated identity redirects.