We have updated our Android Cloud File Manager application today in Google Play and on our site. The new version adds supports for:

It also features a dedicated settings section where the various App settings are now consolidated. The App also now supports copy and paste between Clouds, an often requested feature.

For a brief overview please check out the video below:

We’ve recently been doing some integration work with a large engineering company that has been focused on integrating multiple clouds with their Portal framework which in this case is Ext JS. Ext (pronounced “Eee Eks Tee”) is a JavaScript library for building interactive web applications using techniques such as Ajax, DHTML and DOM scripting. It has gained quite a following and is a popular choice for a Portal infrastructure.

The main advantage of that ExtJS has over other frameworks is its component-oriented model which leads to a consistent and easy to use API to build widget-based interfaces. It also now features integrated touch sensitive web apps using HTML5 which makes it an even stronger Ajax tools and Portal framework

The integration that we have done for the engineering company is going to be  key to enabling data access for storage clouds when users sign into the Portal. Clouds such as S3, and internal storage clouds, will be mapped into the on-premise SMEStorage Cloud Gateway appliance. Authentication is being handled by integration with an internal identity management server so that single sign-on can be accomplished.

The real power of the on-premise appliance and the rich API is that not only can users use the Portal to access files, they can also use the white label version of the Windows / Mac / Linux desktop tools , and also the Android, BlackBerry, iPhone, IPad mobile clients. Google has rolled out support for Google Viewer on iPhone, iPad and Android devices. This is great news for File Fabric users as the web version of the File Fabric is integrated with Google Viewer (and additionally Microsoft Office and Zoho Office  viewers) which means you can now easily view PDFs, .ppt, .doc and .docx files within the browser without downloading the file to the device. 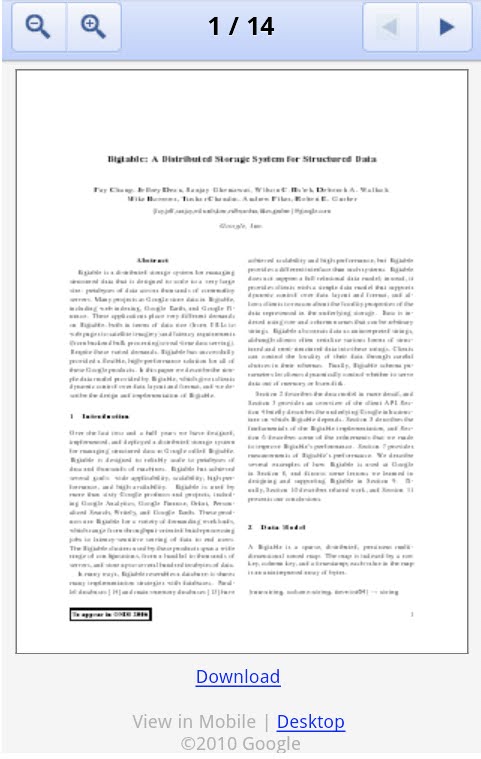 **This extension is deprecated**

We’ve released our Multi-Cloud SMEStorage Virtualisation Dashboard today on Google’s Chome extension site. This Dashboard enables you to manage and work with your storage clouds from one view, just like the rest of the SMEStorage Data Access Clients. Up  to 10 Clouds can be managed from one Virtual Cloud File System (VCFS) and the data is integrated with some web 2.0 viewers and editiors such as Google’s viewer and Zoho office.