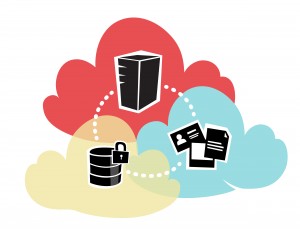 Although the File Fabric provides Linux GUI Apps, a frequent request is to be able to sync cloud storage with a Linux Server in headless mode.

This can be achieved with the the  Enterprise File Fabric as follows:

END_OF_DOCUMENT_TOKEN_TO_BE_REPLACED

We recently released beta two of our FUSE based Cloud Drive for the Mac. The drive was developed on Snow Leopard but seems to work fine under Leopard also.

The drive enables you to use the Cloud Accounts that you access via the SMEStorage Cloud Gateway directly on your Mac throughFinder. The drive is installed as a Preferences Pane within the Mac System Preferences. Once mounted there is a SME icon that appears in the taskbar that turns red or green depending whether data is being uploaded or downloaded. The icon also lets you mount/ unmount the drive and refresh the view.

You can also access the files directly from Terminal using ‘/Volume/SMEFileSystemRW’. We notice in a forum post that someone had even tried using rsync with their Googe Docs account which is pretty neat.

The drive is now starting to become more stable as we would expect from a beta 2 release. We are now going to concentrate on 3 main things for the drive: Performance, Encryption support, and Sync (much in the same way DropBox support sync).

You can watch a short video below of the drive in action: